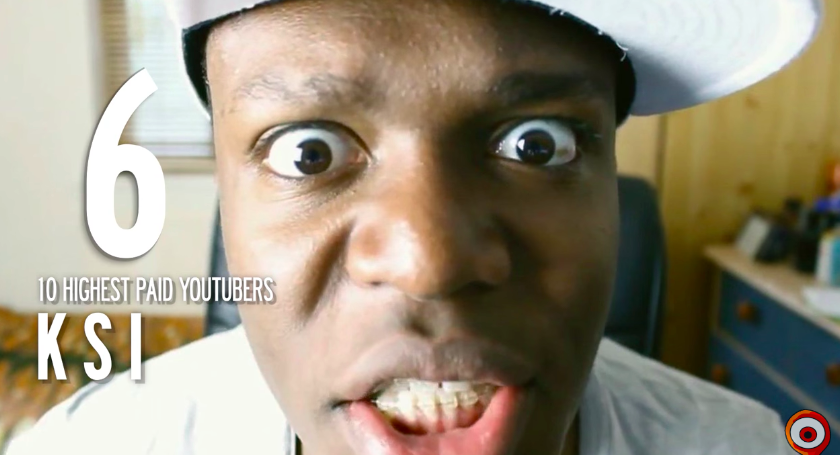 How Do You Know If You’re A Brand?

Written by Patrick Hanlon. Recognized as the world’s leading brand evolutionary, Hanlon is CEO and founder of THINKTOPIA®, a global brand and strategic innovation practice for Fortune 100 clients. His book Primal Branding: Create Zealots For Your Brand, Your Company And Your Future is listed as one of the Top 10 books in marketing and branding. Hanlon is a BFWD Advisor. The following is reposted from Hanlon’s LinkedIn Pulse page. You can follow Hanlon here.

Do you have friends?

Do you have seven friends?

Let’s just say that you do. Then you’re on your way to becoming a Brand. Of course, this is subjective, arbitrary and based on Facebook stats which suggest that if you “Like” at least seven people on Facebook, you are more likely to use Facebook.

So, by Facebook’s reckoning, if you have seven friends, you have friends enough to be engaged on a site that is about social engagement. Lucky number seven.

Since “Brands” are communities of people who share the same interests, ideas, even beliefs, you are a Brand. You are surrounded by people who Like the same things you do.

This grouping of people who think, act, and even talk alike has been going on since humankind gathered in treetops. We are hard-wired to crowd together either because it feels dumb to be alone or for protection against predators. Having people to hang with is not only more fun, it is emotionally rewarding. Being banished from the group or forced into isolation is usually a form of punishment.

You used to be the little sister, today you’re a YouTube star. Now what?

Each week, I have three to five conversations with people about how to build their personal brand. (Truthfully, sometimes they don’t instigate the conversation, I do.) They may want to elevate their current career, change careers, or just build a different life.

First, it’s always easier to resolve someone else’s career than it is your own. Second, people are generally in the dark about their impact on the world and need some objective light shed upon who they are, their potential and why they matter.

Whether you’re a YouTube star, find yourself in the cubicle staring down your bin of Gummi Worms, or hum some olde Peggy Lee tune as you gaze through the plate glass of your C-Suite, sometimes you gotta wonder, What next?

Here are some touch points for you to keep in mind.

Understand that you’re going to have multiple careers.

Marketing 101 tells us that even billion dollars brands are shaped like a bell curve: you grow, become popular, plateau and then coast (or plummet) downhill.

Look at LinkedIn: See how people list 1) the job they have, 2) the job they want to have, and 3) their passion project. No one is expecting to work 30 years at the same job, like your grandfather did. Former speech writer @MrBrianRashid (he worked briefly as speechwriter for New York Mayor Michael Bloomberg) speaks regularly to young persons about the need for gathering five income streams in the new gig economy. If one of those streams fails, it’s not a disaster, you have time and space to create new cash flows.

Use your current job as your foundation.

If you’re working at Facebook, Snapchat, Google, Twitter, Mondelez, LVMH or went to Harvard, Stanford or Brown you already have a fantastic base. This becomes the foundation for your narrative.

A story: One C-Suite executive at a billion dollar company didn’t spend time sitting at their desk at company headquarters. Instead, they got on a plane and visited company outposts in Shanghai, São Paulo, London and Berlin.

Using the weight and credibility of their C-Suite job title, they expanded their networks and introduced themselves to new people. They attended innovation sessions for other companies. They leveraged a TED Talk. They leveraged speaking gigs at major conferences.

This was not all mercenary. Along the way, they were doing what C-Suite execs are supposed to—build their company’s reputation as a progressive, innovative, high touch firm with modern values.

(This isn’t on the job description, right? But those who employ this practice keep rising. And wave to their peers from the Green Room.)

You are the hero of your own story.

We are engineered from a curious assembly of parts, points of view, languages, cultures, economies, foodstuffs, politics and poetry.

We are told what we are not and should never become. We learn a language—perhaps several. We are instructed in the unique argot of baseball, algebra, democracy, fast food and knitting. We become a part of a household, classroom and community. We believe in who we are and what we are to become.

We belong. We are a part of a community of others, we find meaning in something larger than ourselves.

Stripped of who we are, what we are good at, what we believe in, what community we feel a part of. We are no longer a part of the great universe.

We feel smaller, isolated and alone.

After pain, anxiety, frustration and separation, we discover we are only punishing ourselves. Because these are only stories. We can re-write, re-tell and reinvent these stories.

We can start the story over.

(My friend Aaron LeMay likens this to gaming. In games like “Mario Brothers,” “Halo,” “Call of Duty,” and “Tetrus,” you die and then you come back to life. You can do the same thing in real life.)

Where are you from? What drives, motivates, and excites you? What’s your stance on the world, whether it’s school skills or global prowess. How can we identify you? What tribe(s) do we already have in common? What do you look like (from Beatles moptops to Elvis Costello glasses to Beyonce’s spectacular glamas, we know that appearance not only categorizes—it counts)?

Establish how you add impact and value. What things do you celebrate? What are you not and never want to become? Are you articulate in your space? Can you tell a joke? In a world of commodities, who we feel better about wins.

This is not posturing. Most of it is just (un)common sense.

Note: From your origin myth on, everything must align with the vision of what and who you want to become. If you’re aiming for a position in high fashion, no one really cares that you had a job washing dishes. Unless you washed dishes for Versace. Create the spine of your narrative (creation story, creed, icons, ritual, lexicon, nonbelievers, leader) then tell your story.

One way to develop your new brand is to build credibility and become an authority. Look for speaking gigs. If you’re in HR, talk about building culture. If you’re a data scientist, reveal the mother lode of ideas, insights and future forward innovation contained within today’s data. If you’re a YouTuber, find yourself.

Find the space you can inhabit within your ecosystem.

Logistics: Conferences and other events these days don’t always like to spend for expensive gurus. Instead, they look for all-expenses-paid practitioners like you. So go for it.

Expand your networks. But never buy them.

This may seem like staring into the black mirror of narcissism. Perhaps it is. But that makes it no less relevant during an era of social velocity.

These may seem like strange words coming from someone with only a few thousand followers. (I have my own issues.)

But many within my tribe are zealots. Others appreciate from a respective distance.

My tribe kills it. (You know who you are.)

Playing it safe will only get you in trouble.

We are told to fit in, but we reward those who stand out. The middle of the road will get you killed. These sayings all tell you the same thing, but the stupid fact is that, your brain will always try to keep you safe.

Your brain will resist risk, because your brain’s job is to keep you within the Safe Zone. It will pull you back from the ledge you need to leap from (metaphorically). Your brain will scream at you to settle, to avoid risk, to stay the course. Because the brain thinks, “Hey, I got you this far. Stay put.”

No, it makes no sense. Which is why millions drudge to work every day, commoditizing their souls, intentions and aspirations.

Find your moon shot. Set immediately attainable goals. I’m not even sure what that paradox means, except to say that if you want to be George Clooney and you look like The Hulk, you probably have some things to straighten out. That said, Tiny Tim and Donald Trump have proven that anything is possible. Ray Kroc started McDonald’s when he was 54 years old. Mark Zuckerberg was a billionaire by the time he was 23.

So what’s your problem?

Remember that people need to hear your story five, six, seven, eight times before they even become aware of you or what you’re talking about. It’s human nature. So don’t try to change it. Just keep talking. Rinse, repeat. Those who give up (or give up too soon) give up their story, their differentiation, their reason for being, their vision and their impact on the universe.

And it’s not simply about persistence. Persistence on its own becomes boring. It’s probably the social equivalent to nagging. Refresh your message, tweak it. There’s a reason why Madonna, Lady Gaga and others switch out their glam. They might represent the extreme, but they keep people interested. Entertained. Even James Corden switches out his schtick. As you move forward, improve it. Improve it next week, six months from now, three years from now. Re-tweak, refresh, renew, re-vision, recreate.

Social science data suggest that people with more friends are happier than those without. And while almost no one feels happier after screening other people’s live on Facebook, remember that (even if you’re Zuckerberg) there will always be someone better, faster, smarter, or wealthier than you.

So even as you get on with yourself, get over yourself. Zen out. Chill.

Your brand is the group of people that surrounds you. It’s your fan community. Your tribe. Your posse. Your peeps.

Remember that C-suite executive who ran all over the globe? Their personal staging and momentum finally propelled them onto a T.V. show.

Don’t think too much about the past, the future is the only thing that lasts.

Go and get some.